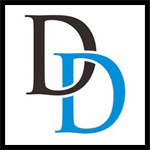 Three other officers were wounded, one critically. Police said the gunman was killed at the scene.

The shooting less than a mile from police headquarters added to the tensions across the country between the black community and police. Just days earlier, one of the slain officers had posted an emotional Facebook message about the challenges of police work in the current environment.

“We don’t need careless accusations thrown around to score political points or to advance an agenda. We need to temper our words and open our hearts … all of us,” Obama said.

The gunman was identified as Gavin Long of Kansas City, who turned 29 on Sunday.

Long, who was black, served in the Marines from 2005 to 2010, reaching the rank of sergeant. He deployed to Iraq from June 2008 to January 2009, according to military records.

Although he was believed to be the only person who fired at officers, authorities were investigating whether he had some kind of help.

“We are not ready to say he acted alone,” state police spokesman Major Doug Cain said. Two “persons of interest” were detained for questioning in the nearby town of Addis. They were later released without any charges being filed. (AP)

UP NEXT
0:09
/ 4:54
5 Dallas Officers Killed During Police Shootings Protest

The mass shooting in Dallas that left five officers dead and six others wounded is the deadliest attack on law enforcement since 9/11, according to statistics from the National Law Enforcement Officers Memorial Fund.

Dallas Police have confirmed that four of their police officers have died, and Dallas AreaRapid Transit (DART) has confirmed that one DART officer also died. DART has identified him as Officer Brent Thompson, 43. He was the first DART officer to be killed in the line of duty since the agency’s formation.

The deadliest day for U.S. law enforcement in history was 9/11, in which 71 officers died while responding to the terror attacks on the World Trade Center in Lower Manhattan — including 37 members of the Port Authority of New York and New Jersey Police Department, which represented the single largest loss of law enforcement personnel by a single agency in U.S. history, according to the Fund.

First of the Officers Killed in Dallas Identified

Other deadly incidents for law enforcement include a sniper attack in New Orleans in the 1970s.

Over a period of eight days in 1972-1973, five officers were killed by a sniper in New Orleans. The gunman belonged to the Black Panthers. The shootings starting on New Year’s Eve and ended when the suspect was shot and killed by police, who used a Marine helicopter to fly over the hotel he was holed up in and fire at him.